Overview of the Origins of the Enneagram

Much of the development of the ideas of the Enneagram in the modern sense is attributed to Gurdjieff (b. 1875) – a Greek Armenian working in the early 20th Century (Riso and Hudson 1999, Lapid-Bogda 2004, Kale and Shrivastava 2002) who is credited with assembling the first parts of the Enneagram from Eastern traditions. This work was built on researched by and added to from various classical and spiritual teachings by Oscar Ichazo a Bolivian Philosopher (Riso and Hudson 1999, Lapid-Bogda 2004, Kale and Shrivastava 2002, Maitri 2005) following his travels and was synthesised formally into a “system” in the mid 1950s. 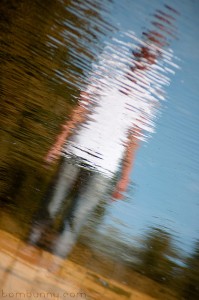 We see the world through our type.

It is derived from the (Riso and Hudson 1999) “nine divine attributes as they are reflected in human nature” and these ideas are originally attributed to the Neo-Platonists and appeared in Plotinus’s writings “the Enneads” (3rd Century AD). According to Goldberg (1999) the Enneagram is very old. He claims Homer (ca 750BCE) knew the nine basic themes essentially as they are today.

Riso and Hudson (1999) explain that they found their way into the Christian Tradition as the seven deadly sins (to match the seven sacraments) and two others – fear and deceit. Ichazo traced early ideas about the nine divine attributes from Greece to the “desert fathers of the fourth century” who first developed the concept of the seven deadly sins and from there into medieval literature including the “Canterbury Tales” and Dante’s “Purgatorio”. Following studies of the Jewish tradition of the Kaballah and in particular “the tree of life” Ichazo assembled the basic template of the Enneagram as it is known today.

Helen Palmer in an interview posted on www.ennea.com (1997) echoes this clarifying that the roots of the Enneagram are in the mystical wings of many sacred traditions. These roots are also found in Sufism (the mystical wing of Islam) and in the Judaic tradition however the Enneagram is especially prominent in the Christian tradition through the study of the seven capital tendencies. These in company with two generic or general tendencies that all types hold in common bring the total to nine.

In 1970 a noted Chilean Psychiatrist Claudio Naranjo (Palmer 1995, Maitri 2005, Riso and Hudson 1996) who was developing a program of Gestalt Therapy (the client is encouraged to experience his or her own feelings and behaviours in the here and now) was taught by Ichazo in Chile about the nine types or as he called them “ego fixations”. Returning to California he began to teach the enneagram with other psychological systems and began correlating the Enneagram with the psychiatric categories he was familiar with thereby expanding the concept.

Working with private groups initially Naranjo began to teach a version of the Enneagram in the Oral tradition and it spread rapidly from there through Naranjo’s Students, enthusiasts and the Jesuit retreat houses.

Wagner, Palmer and Riso were students of Naranjo and became the foremost thinkers on the Enneagram. Their work since the 1970s has added to the understanding of the Enneagram and with Naranjo’s work this has added a dept of experiential learning and understanding to the Psychological framework. According to Cutting and Kouzmin (2004) the Enneagram typology itself has been built up from experience and observing it over a long period of time.

Jerome Wagner PHD and author of the Enneagram Spectrum of Personality Styles (1996) summarises the origins nicely for the purposes of this study. He confirms that the trail of the Enneagram grows less distinct before Ichazo, but that it is evident that the parameters of the person as viewed through the lens of Enneagram theory have been recognized in some fashion across ages and centuries and across cultures, races, and genders. The Enneagram must tap into something universal in the nature and functioning of human beings. The fact that people from such varied places as Africa, Japan, Korea, India, Europe, North and South America and Russia etc can recognize these nine styles in their native cultures speaks to the generalizability of the Enneagram system.

Now being used through large multi-national businesses and organisations, its use is resulting in distinct improvements in many areas from financial metrics to leadership capabilities as well as teamwork. The Enneagram has become universally accepted a a key tool in Emotional Intelligence development.