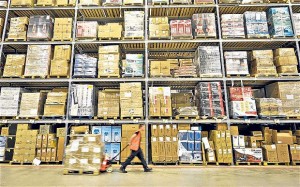 “Inside Amazon- Wrestling Big Ideas in a Bruising Workplace” in the New York Times made unsettling claims about Amazon through interviews of 100 former and current employees. Jeff Bezos, founder (1994) and CEO of Amazon (now a bigger retailer than Walmart at $250Billion) refuted those claims is a rather short and uninspiring memo which has led to criticism of his response and gives weight to the claims made in the article.

The article explores the culture of Amazon where it seems consistent and bruising conflict, tension and pressure are the norm. It claims that the company is conducting an experiment in how far it can push its white collar workers, who are encouraged to tear one another’s ideas apart in meetings, toil long and late (up to 80 hour weeks and emails arriving at midnight followed by texts querying why they are not answered).  They also have an internal system (they claim frequently misused) where people can do anonymous performance reports on their colleagues to their colleague’s bosses without their knowledge. Those who do not meet what Amazon call their “unreasonably high” performance standards are forced to leave or fired in annual cullings – called “purposeful Darwinism” by one former employee.

It would seem customer service and innovation is a major focus of and driver of the culture at Amazon. Amazon consistently drives to innovate and want to create opportunity to do so, for any employee with a good idea. Conflict is encouraged. However one interviewee reported his “enduring image was watching people weep in the office”. He continued “nearly every person I worked with, I saw cry at their desk”.  Some interviewees, however, said they liked the culture because it pushed them past what they thought they could achieve. In 1997 Bezos wrote to shareholders “you can work long, hard, or smart but at Amazon.com you can’t choose two out of three.”

Bezos open memo in response to the article is short. He says he does not recognise the Amazon described and that it is illogical. “I don’t think any company adopting the approach portrayed could survive, much less thrive, in today’s highly competitive tech hiring market”. He also linked one employee (of 18 months) who openly refuted the article.

This is an interesting article and response for a number of reasons. It raises questions about HR practices, talent attraction, talent retention, new world business cultures, monopolistic environments, conflict and innovation.

Is this the best way to attract and manage talent?

21st century organisations understand there is a “War” for talent. Talented people create competitive advantage for their organisations. This means attracting and retaining the best people. It has also been long recognised that most of the core competencies of an organisation reside in the heads of their people. This means we should treat our people well, create an environment for engagement, loyalty and collaboration to give the organisation the best chance to continue to be successful.

“Rank and Yank” policies which were fashionable in some companies with household names have been discontinued in many in recent times due to significant flaws. The idea is that the company continuously evolves by cutting the bottom 10% say, of their people. They ask managers to rank their teams and fire the bottom rankers. Sounds harsh? It is.

I worked with a management team last year whose company still did this. The upside they said was that “dead wood” was removed. The downside we agreed was that good people were also fired, that there was often unhealthy competition in teams leading to lack of collaboration, fear and lack of flexibility because the team members were too focused on the metrics which determined their fate. In the “rank and yank” philosophy, there can also be a lack of perceived fairness due to the subjectivity of the team managers who obviously can have favourites and were more likely to keep the politically savvy. Constant loss of team members also means there is constant grieving and probably unrecognised anger in the team. One might also mention the simple lack of humanity of this process.

Keeping people working too-long hours is counterproductive due to its unsustainability and diminishing returns. Henry Ford is reputed to have designed the 40 hour week for this reason and recent research has shown that after 40-50 hours work per week the work done becomes far less effective. It also shows that burnout occurs if renewal time is not included in the working week. There are specialists who make a career out of helping talented people return from burnout and breakdown an expensive fix in many ways. Practices like midnight emails and such interrupt the quality of the rest people are getting, damaging problem solving ability and creativity, and making burnout more likely and talent retention less likely.

Does Innovation require this much conflict?

Conflict is required to innovate but so is safety and agility. Discussion and argument must take place in a safe environment or people will not take risks. Innovation is as much about failure as it is about success. It is also well known that true creativity often requires white space and time, not pressure. Those who are under huge competitive pressure in an adversarial environment are watching their back, not what’s in front of them.

Companies who recently changed their environments from adversarial ones have seen team performance and collaboration rocket. Collaboration, sharing of ideas and innovation go hand in hand.

Where did this culture come from?

It was Richard Branson who said, “Look after employees and employees look after customers”. How does this align with the practices identified at Amazon? It is a well-known adage that customers will never think more of your company than the people that work for the company.

One wonders what sorts of people survive and thrive in this environment.   The theory of Darwinism has been used before, particularly in the 19th century, to justify the mistreatment of people for the “greater good”. Later far more dangerous ideologies used this work as a justification to judge and eliminate the “weak” also.

Measuring and treating people like machines is a hangover from industrial era thinking as is Social Darwinism. Darwinism used socially is a misappropriation of the ideas of survival of the fittest. It is a pseudoscience completely lacking in empathy and out of touch with any modern behavioural thinking. Smart Authentic Leadership gets power into the hands of the team – with leaders being servants of the team, empowering their success rather than being autocratic top down managers treating their people like automatons. That’s not good business.

Amazons culture is relatively new. Having been founded only in 1994 the culture developed from there. Cultures (how things are done around here) evolve over time. One wonders if Bezos background on Wall St and in financial data influenced the culture. Amazon admits it is driven by data and they took advantage of the capabilities of the internet to not only serve customers but to understand customers. Metrics, data and data analysis are the order of the day. Great when applied to marketing data, products, accounts, process and internet behaviour stats. Not so good for measuring and understanding and managing the complex interactions of employees perhaps?

It could be posited that Amazons massive first mover advantage and the competitive advantage it has developed over time does not allow the company to see in financial terms the reported negative impact of its culture and policies. It is recognised that big brand companies have pulling power for talent. However if Amazon had to wrestle with other similar sized companies in its niche for talent and ideas, it may have had to work harder to keep its talent. Talent bleeding out of the company and taking ideas and competencies to competitors who offer a work life balance may have forced them to address the issues a little earlier in their growth cycle, impacting how their company developed.

So what does it all mean?

Amazon was born in a fast moving, changing environment and wants, correctly, to stay ahead of the curve and the competition. They have been innovating and “improving” in order to do this. Perhaps they should also be focusing on staying ahead of the curve in terms of HR and talent management practices.

Bezos is correct in that the sort of culture described seems illogical. The culture does not best support the aims of innovation, talent attraction and retention or customer service.

As an outsider one cannot know how much of the article is subjective and painting a severe interpretation of how things are done at Amazon. One wonders, if it is true, how Amazon can survive with such a harsh inhuman culture. It does not seem to align that the people that thrive in such a culture truly seek to serve and empower others, a sine qua non of modern successful organisations.